A reasonably good silicone-wire multimeter probe set arrived last spring and has worked well enough (I thought, anyhow) for the usual voltage measurements, but recently failed while measuring a small current. We all know how this will turn out, but the details may be of some interest.

Measuring the resistance from tip to plug located the fault to the black probe, after which I poked a pin through the insulation near the plug: 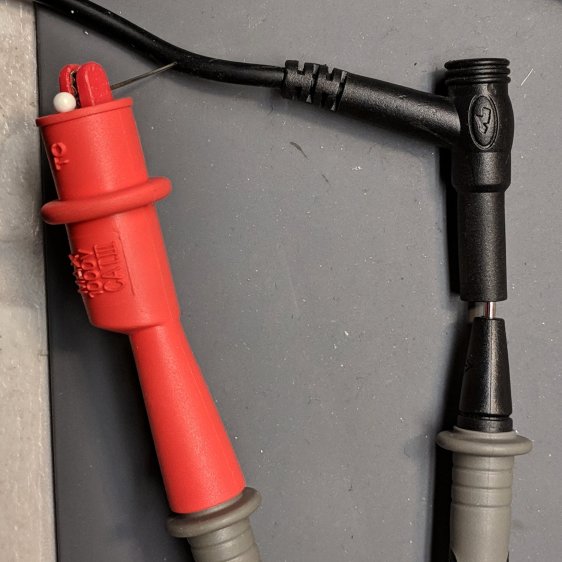 The two leads near the bottom go to my shiny Siglent bench multimeter. Despite their similarity to the failed probes, I’m pretty sure Siglent has better QC (well, mostly).

The probe’s resistance was near zero from the tip (offscreen to the left) to the pin and megohms from pin to plug (on the right). Figuring the wire worked loose, I pulled it away from the plug:

Although I wouldn’t have trusted those probes anywhere near their alleged 1 kV rating, seeing that exposed copper-like substance was disconcerting.

Hacking off the strain relief bushing around the wire got closer to the fault: 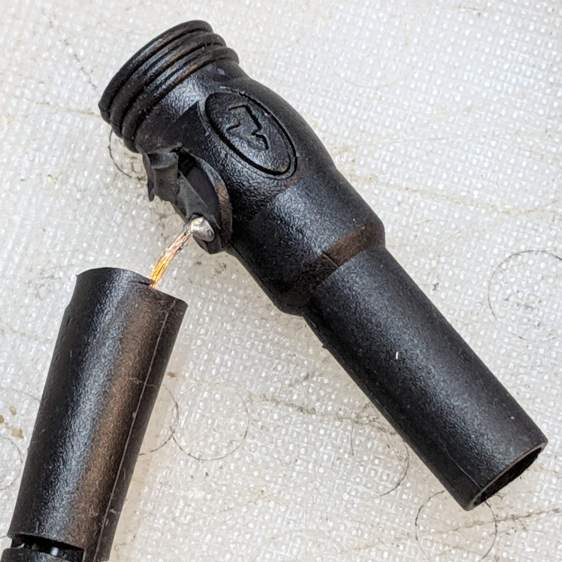 And, finally, the problem becomes obvious: 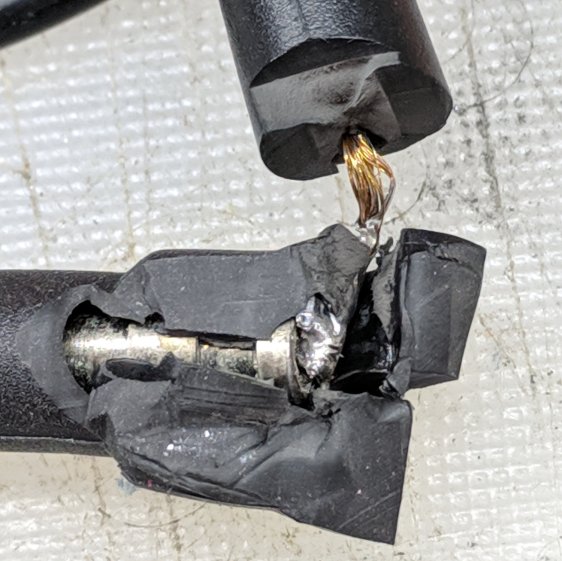 Yet Another Cold Solder Joint: 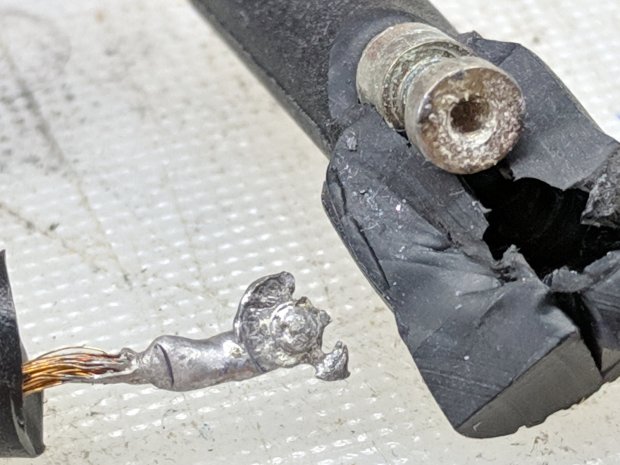 Pulling a black banana plug from the heap, I decided to drill a proper hole to anchor the wire: 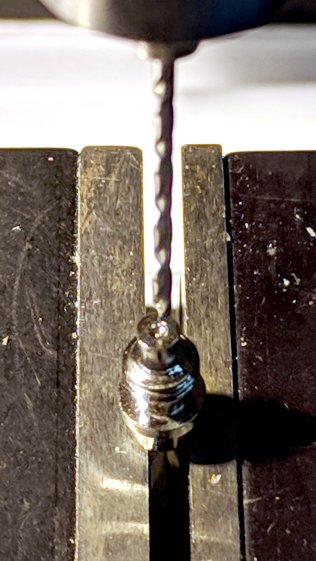 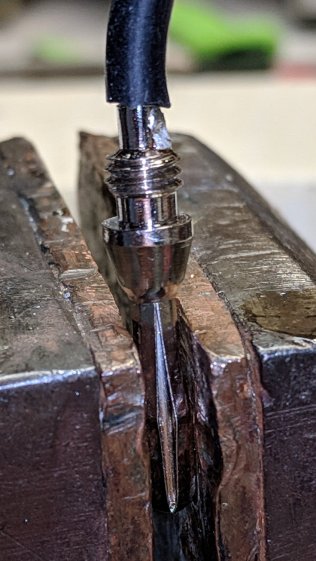 And produced a strongly mismatched pair: 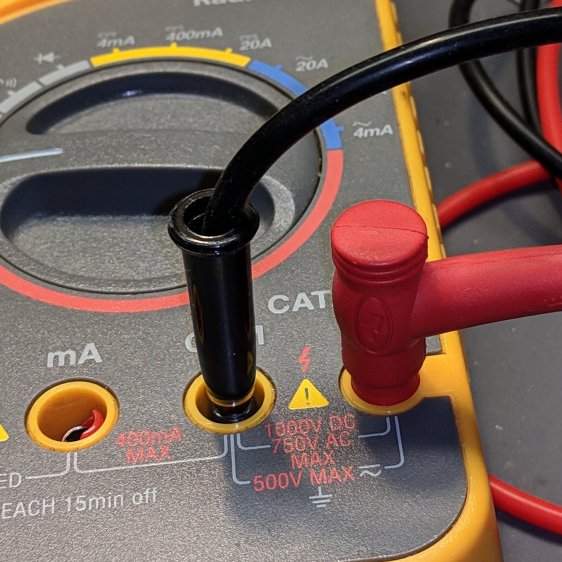 Ain’t it amazing how much fun you can have for a few bucks, all delivered by eBay? [sigh]

This entry was posted on 2019-01-04, 07:40 and is filed under Electronics Workbench, Home Ec, Machine Shop. You can follow any responses to this entry through RSS 2.0. Both comments and pings are currently closed.