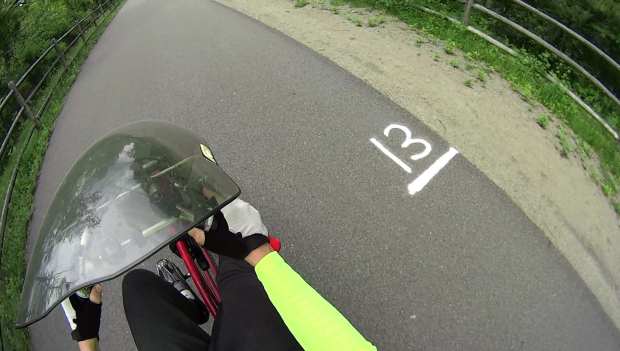 This one stood out: 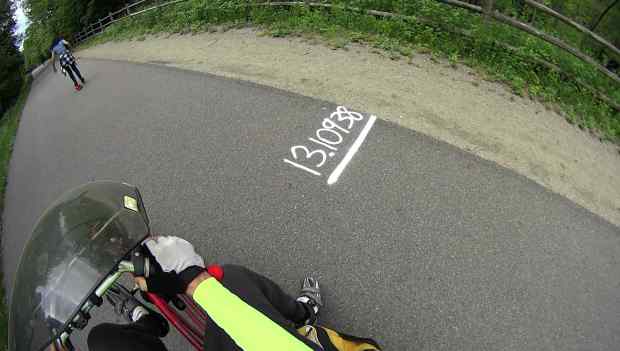 During the rest of the ride, I worked out that 1 micro mile = 5+ milli foot = 60+ milli inch, so the rightmost significant figure in that marker represents increments of, oh, a smidge under ¾ inch. Middle of the hash line marks the spot, perhaps?

I’ve seen similar markers along other courses, with varying numbers of ahem significant figures, and will not say how long it took me to recognize what it represented.

This entry was posted on 2017-06-01, 07:36 and is filed under Machine Shop, Photography & Images, Recumbent Bicycling, Science. You can follow any responses to this entry through RSS 2.0. Both comments and pings are currently closed.