The HP 8591 tracking generator doesn’t go below 100 kHz, so I used the FG085 DDS function generator as a source. I trust the 8591’s calibration more than the FG805’s, but right now I’m more interested in the differences between successive frequencies and the DDS can step in 1 Hz increments.

The output appears on the 8591, with a big hump comes from the analyzer’s 30 Hz IF filter response sweeping across what’s essentially a single-frequency input. The hump is not the crystal’s response spectrum! 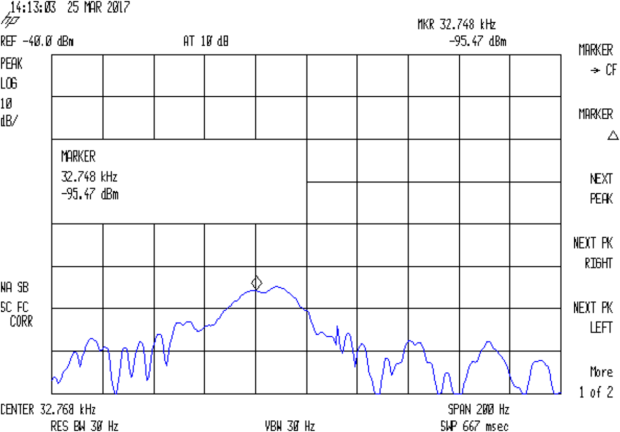 Removing the jumper to put the cap in the circuit, the response peaks at 32.765 kHz: 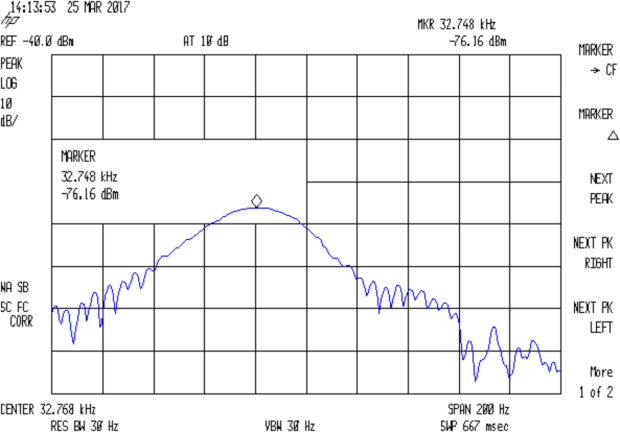 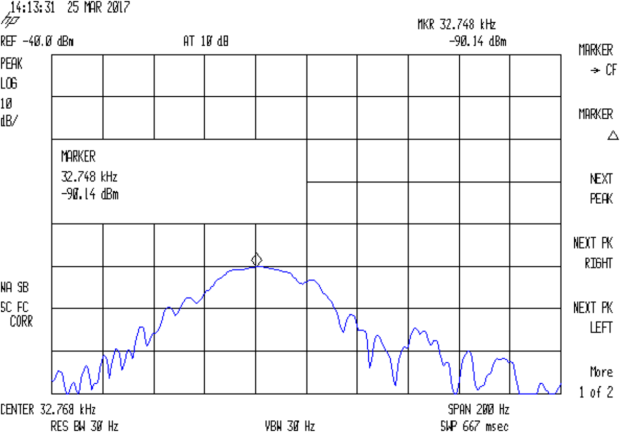 The marker delta shows the difference between the two peaks, ignoring their 1 Hz difference: 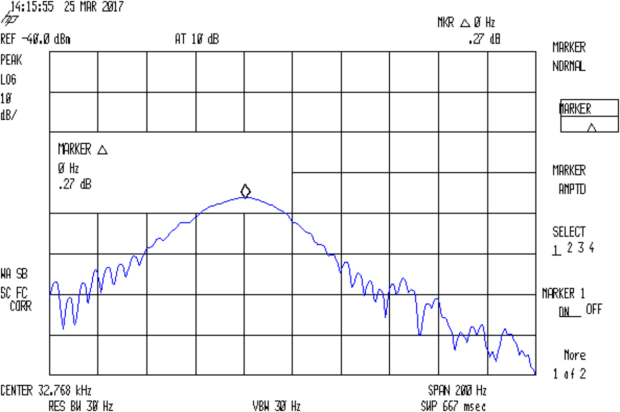 So I’d say the cap really does change the resonator series resonance by just about exactly 1 Hz.

With the jumper installed to remove the cap from the circuit, setting the reference marker at the 32.764 kHz peak, and measuring the relative response at 32.765 kHz : 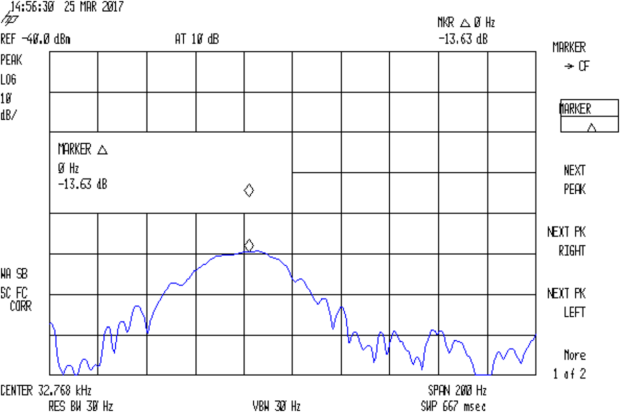 So the response peak is much much narrower than 1 Hz: being off-peak by 1 Hz knocks 13-ish dB from the response.

What’s painfully obvious: my instrumentation is totally inadequate for crystal measurements at these frequencies!

This entry was posted on 2017-03-30, 07:28 and is filed under Amateur Radio, Electronics Workbench, Science. You can follow any responses to this entry through RSS 2.0. Both comments and pings are currently closed.