The Nyloc nut atop that modified quilting foot requires more grip than fingers can provide:

The “precision” wrench I adapted to that nut works for small adjustments, but for larger ones it’s easier to take the foot off and spin this knob:

It has a hex opening in each end that fits the nut, with a through hole for the bolt. The top looks exactly like you’d expect:

The bottom needs a bit of support:

The solid model shows off the support in color:

The OpenSCAD source code doesn’t have many surprises:

Mary likes it… and thinks I’m being silly. She’s right, of course.

It turns out that the audio-over-HDMI/DisplayPort channel which, for whatever reason, is the only way to get audio out of the Optiplex 980 with the big Dell U2711 monitor starts up AT MAXIMUM VOLUME! regardless of the GUI’s Pulseaudio mixer setting that’s diligently saved-and-restored across sessions. That makes a certain perverse sense, as the digital-to-analog converter & power amp live inside the monitor.

Manually adjusting the GUI mixer by one click, either up or down, forces the new setting out over the digital link to the monitor, after which the audio output corresponds to the mixer; I never remember that until just after some dipshit auto-play video lights up with a fanfare.

Setting the mixer to the same value doesn’t force an update, so the obvious solution (at least to me) of sending a fixed initial value doesn’t work; it’s optimized away. I think that’s why the initial update doesn’t happen: the stored volume is the same as the, ah, stored volume, so there’s no need to tell the monitor.

That sets a rational level (which might be the same as the existing one from the previous session), then changing it by one tiny click to force the new value out to the monitor.

And then It Just Works…

A discussion on the OpenSCAD mailing list about making a rectangular solid with rounded edges having different radii eventually produced this delightful result: 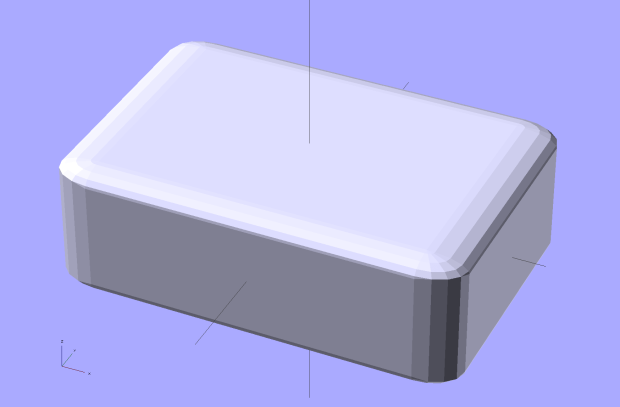 Those guys make me feel dumb, because they’re generally solving problems I can’t even imagine, but I know what to do with this solution. One could slice it in half horizontally, emboss a height map defining a logo / picture into the top surface, print it out on your favorite 3D printer, maybe smooth / seal the surface a bit, define it to be a positive mold pattern, cast / pour flexible silicone around it, and get a negative mold for a pourable precious material such as, oh, chocolate.

You could make half a dozen of them, arrange them inside a suitable printed frame, pour the silicone, and get a multi-cavity mold for better manufacturing productivity.

The overall block lacks draft, because the problem it solves presumes you need a block of specific outside dimensions: it overlays three full-size rectangular blocks that define the dimensions. OpenSCAD constructs spheres such that they may be slightly smaller than the defined radius at the poles and, depending on their alignment, a face at the equator may reduce the outer dimension of a surrounding hull.

Given a sufficiently bendy silicone mold, you might not need any draft at all. If you do need draft and you don’t care about a very slightly undersized pattern, remove the internal blocks and increase the XY spacing of the lower four spheres by enough to make the draft come out right.

The grayscale logo / image should have nice smooth transitions that produce suitable draft for the fine details; a bare black-and-white image might not work well. Shallow is good, but that conflicts with 3D printing’s crappy resolution: 1 mm = 10 layers, tops. That might not matter in practice.

When I get around to doing molds, maybe I can remember what I was thinking…

The Thing-O-Matic hardware isn’t up to the standards of, say, an M2, but, after all my tweakage, it’s Good Enough for most purposes. These Slic3r settings should provide a reasonable starting point to get it working the way it used to with its new controller.

The speeds come from the old Skeinforge configuration, dialed back a bit for sanity:

Some of the finer settings are completely arbitrary and everything requires tweaking, along with Marlin’s acceleration & jerk settings, for best picture.

Shortly after replacing the battery, the dreaded Malfunction Indicator Lamp popped on with a P0420 error code that, according to the Nice Man at Autozone, translates into “low catalytic converter efficiency”. A bit of diagnostic sleuthing reported that the most likely cause was an exhaust leak, followed by an out-of-calibration downstream oxygen sensor, followed by a bad converter. Internet lore has it that replacing the cat cracker is a dealer-only event (here in New York State, with a van sporting the California emissions package) that costs upwards of $2 k, which seems excessive for a 14-year-old van.

Actually, the most probable cause was replacing the battery: the brief power outage wipes out the stored performance data for the emissions control machinery. Because we make only short trips and it’s been bitterly cold, the algorithms may conclude the converter’s dead when it’s just a matter of measuring the variables under suboptimal conditions.

With all that in mind, after a peek under the van ruled out the exhaust leak, I decided to replace the oxygen sensor. All this happened during a week when the outdoor temperature hovered around 10 °F = -12 °C, but the forecast called for an atypical January day with a high of 55 °F = 13 °C; I might not get a second chance before the annual inspection came due in February.

The sensor is relatively cheap (about $70 at the local Autozone) and, entirely unlike Bank 1 Sensor 1, readily accessible on the tailpipe downstream of the cat cracker:

The OEM sensor cable runs in a sheath held to the chassis with a plastic clamp:

Jamming a small screwdriver into the clamp released the tongue and the sheath. The sheath vanishes into the van’s interior through a squishy rubber boot, with a crimped metal band joining the two:

Internet lore would have you believe you can replace the sensor without removing the front passenger seat, but it’s much easier if you remove the four bolts, disconnect the seat sensor, and lay the seat on its back:

More fiddly-diddly with the screwdriver under the van wrecked the band enough to separate sheath from boot, at which point deploying the BFW with the magic oxygen sensor socket showed that the anti-seize compound on the sensor’s thread worked as intended: after one oomph the sensor turned out by hand.

Then you just punch the boot through the floor and bring it all inside to splice new sensor onto OEM connector. Standardization is a wonderful thing; the sensor cable may use any one of eight color codes. The Toyota OEM sensor was a “Type B” that matches up with the Bosch replacement sensor thusly:

Although the splice block has water-resistant seals, I figured putting it inside the van couldn’t possibly be a Bad Idea, so there it is, nestled snugly into the recess in the floor:

Picked up a nice new Autel AL519 OBD Code Scanner from the usual Amazon vendor, reset the trouble code, drove to-and-from Squidwrench (across the river, just barely far enough to reset the performance data), and so far it’s All Good. The motivation for getting my very own scanner, rather than returning to Autozone, is that the AL519 can do real-time graphing and data capture from various sensors, so I can perform Science! should the spirit move me.

The AL519 has a USB connection that appears as a USB serial device but, alas, the relentlessly Windows-centric host program won’t run under Wine.

The Token Windows box (which runs the few programs that don’t get along with Linux) doesn’t get a lot of attention, but a recent update changed their stylin’ graphic CPU meter to something a bit less, mmm, smooth:

Searching for the obvious keywords turned up an explanation from Microsoft: 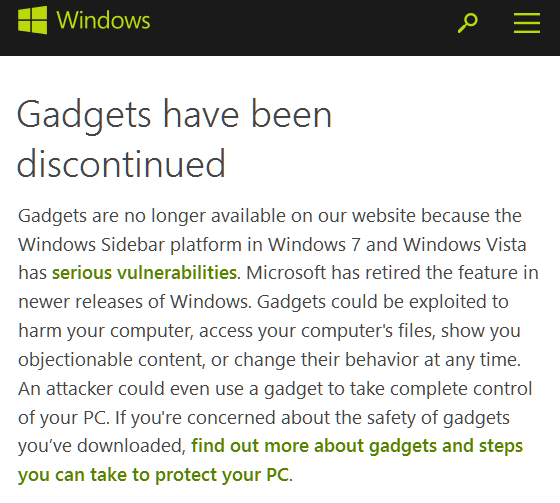 Windows Gadgets Have Been Discontinued – detail

It seems they simply pushed an update that killed Gadgets, without explanation or warning.

Who could have anticipated that allowing random strangers to run their code on a desktop PC would lead to security problems?

The Shapeways bronze-infused stainless steel process reportedly produces objects so hard that they require carbide tooling, so I wasn’t too surprised when this magazine block rounded the threads right off a tap: 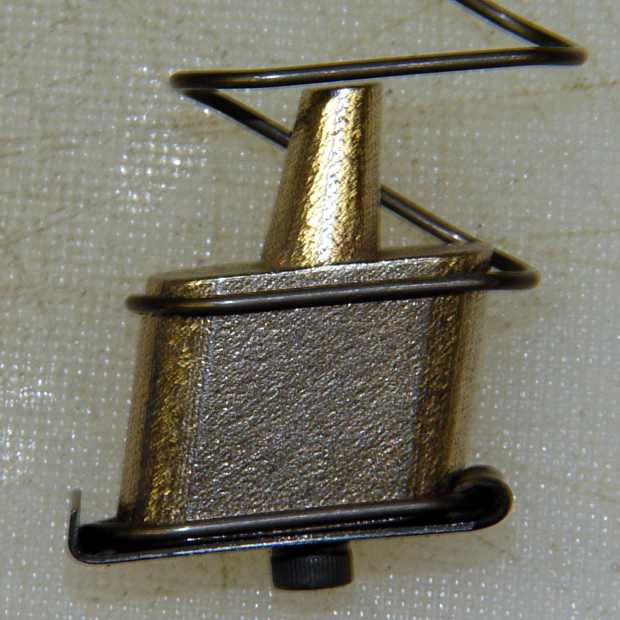 The tap turned up while I was clearing off the bench and, seeing as how the upper half of the threads weren’t ruined, I thought maybe I could at least get a bottoming tap out of it.

Step 1: snap off the damaged part. This should be easy, as tap steel tends to punish you when you’re not doing it right. So I grabbed the ruined section in the bench vise and gave the shank a stiff whack:

Now, that is not a nominal outcome…

The tap came from a set of dubious provenance that’s conspicuously labeled: JUNK METRIC. I have no idea where it came from, as it’s slightly younger than dirt. There’s a Craftsman metric set in the same drawer with much better steel (yes, I’ve snapped a few taps) that I normally use; I figured if I was going to wreck a tap on that magazine block, I should wreck a junk tap.

The Smell of Molten Projects in the Morning
Powered by WordPress.com.