An unfortunate incident put enough water inside our kitchen scale to, ummm, render it inoperative. After a day of drying proved unavailing, I had nothing to lose by disassembling it.

The central label on the back conceals two screws holding the platform to the aluminum beam: 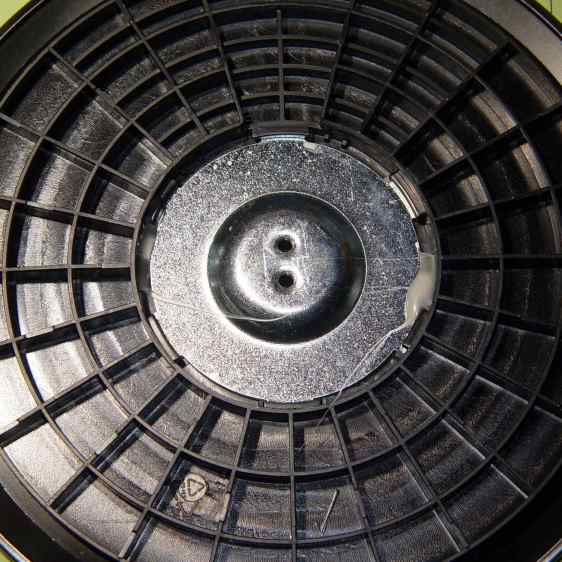 The metal plate twist-locks into the plastic platform. The hot-melt glue holding it in position suggests my construction techniques aren’t all that far off the mark.

The beam cantilevers from a metal structure spreading the load across the plastic base: 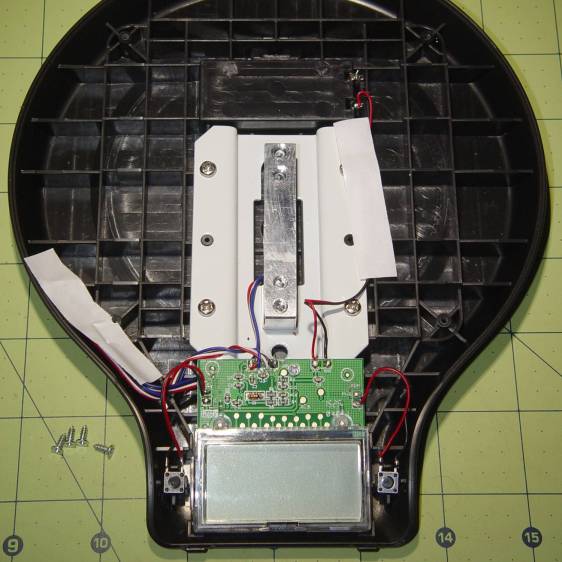 These are “after” pictures. Suffice it to say the interior was wet, including water droplets between the LCD panel and its plastic cover. Everything came apart easily, including the LCD with its attached zebra connector, and dried out thoroughly over the next day; I parked the panel atop my monitor for some gentle heating.

After reassembly, it still didn’t work, which turned out to be due to both wires from the battery snapping off at their PCB solder joints. I didn’t think I’d handled it that roughly, but ya never know.

With the wires soldered in place, the scale lit right up again:

The display flashed CAL at one point during the proceedings, although the rather thin manual had nothing to say about recalibration and the PCB didn’t have any obvious test points / jumpers / labels to that effect. 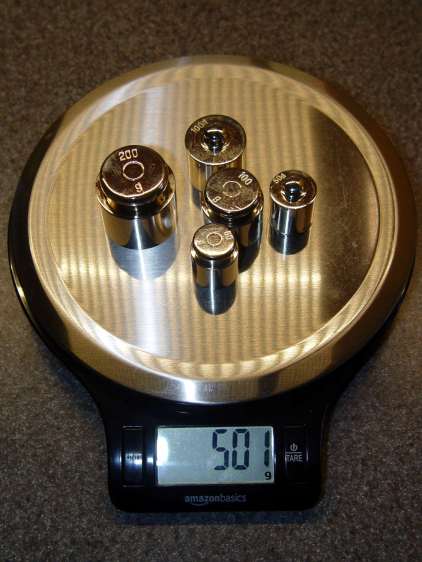 Given the provenance of those weights, a 0.2% error might not be the scale’s fault, even if it cost barely 10 bucks.

This entry was posted on 2017-04-06, 07:46 and is filed under Electronics Workbench, Home Ec, Machine Shop. You can follow any responses to this entry through RSS 2.0. Both comments and pings are currently closed.