The northeast vent on the well pit grew an ice rim during the same night that frosted the roofing nails: 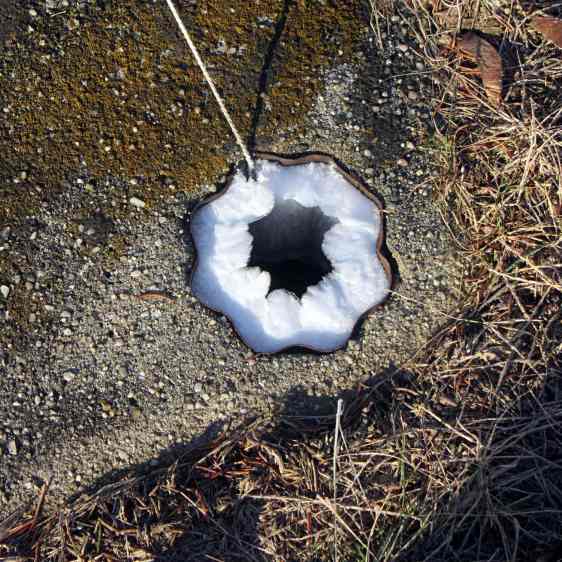 The other vent remained clear, so the prevailing breeze definitely goes in one hole and out the other:

A waterproof Hobo datalogger hangs from the string.

This entry was posted on 2016-02-15, 07:52 and is filed under Photography & Images, Science. You can follow any responses to this entry through RSS 2.0. Both comments and pings are currently closed.