When you come upon a scene like this, you know someone’s having a Bad Day: 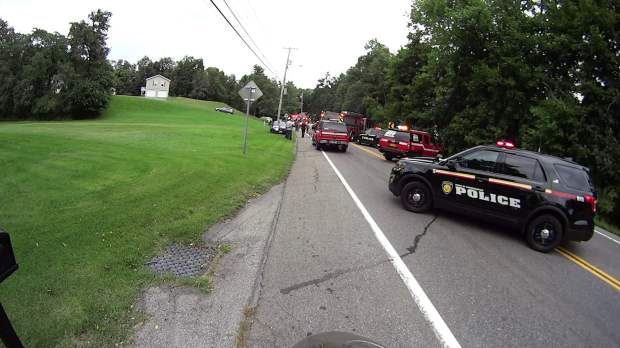 I rode slowly past a line of stopped cars, became a pedestrian, walked through the lawns on the left, then turned back into a bicyclist.

It appeared to be a three-car collision, with two vehicles aligned almost perfectly nose-to-nose in the northbound lane: 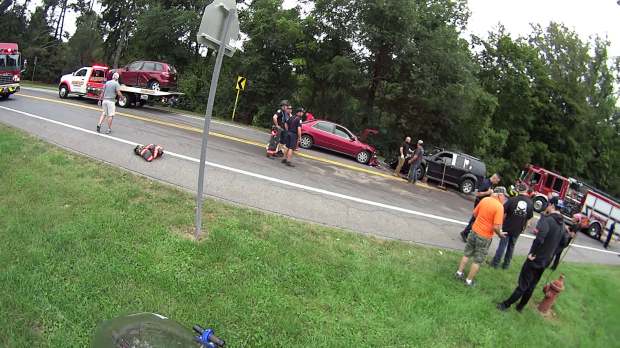 The red 2015-ish Forester apparently snagged a rear wheel on the far side of another contestant: 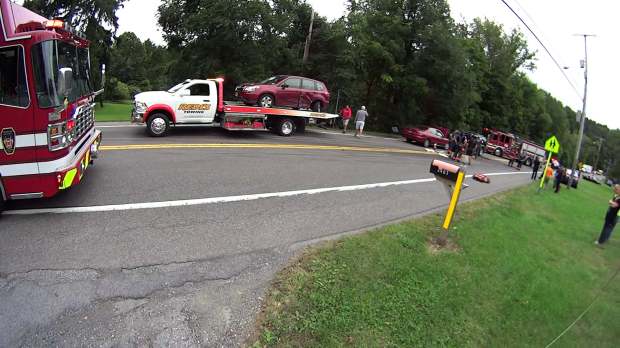 Talk about heart-stopping: Mary had driven off to a meeting some hours before. Even though the wrecked Forester differed in enough details to make me absolutely certain it wasn’t ours , Mary got a firmer-than-usual hug when she got home.

I’ll never know the rest of the story, but the overall outline seems clear.

Other than that, it was a fine day for a ride …

This entry was posted on 2018-10-21, 07:17 and is filed under Oddities, Recumbent Bicycling. You can follow any responses to this entry through RSS 2.0. Both comments and pings are currently closed.