With a terminal voltage falling from barely 3 V, the LED drew about 3 mA (1 mA/div), tops, without a ballast resistor:

Hacking in a charged NP-BX1 secondary lithium cell boosted the supply to 4 V: 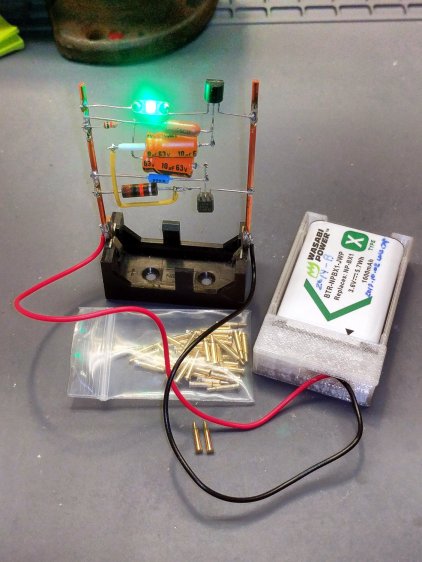 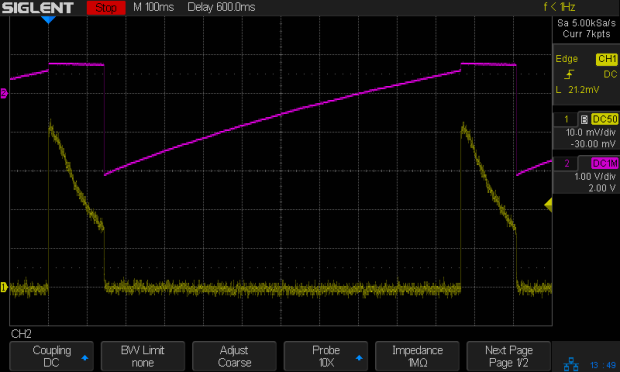 Somewhat to my surprise, a few weeks of abuse didn’t do any obvious damage to the LED, but I added a resistor while I was soldering up another holder: 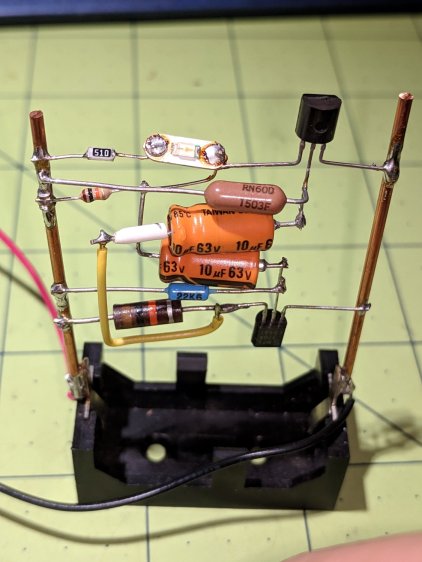 There’s not quite enough room for a 1/8 W axial resistor, so why not blob in a surface-mount resistor?

It’s still blindingly bright, but now I don’t feel bad about it.