The neutral conductor is down to its last three strands: 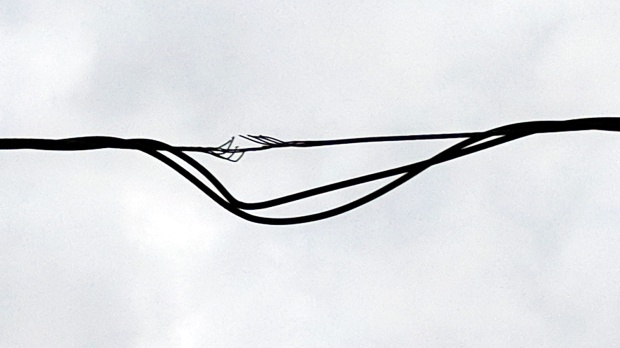 Damaged neutral – over Redondo near pole 62859

Perhaps the power drop got snagged twice, because there’s a splice only a few feet away:

Damaged neutral and splice – over Redondo near pole 62859

Spotted overhead on Redondo near Rt 376 during an evening walk. I reported it using Central Hudson’s dead streetlight page, because there seems no other way to get their attention. It may be the homeowner’s responsibility, in which case a second splice will surely appear after the next power outage.