Rather than 3D print and hand-wire a plug adapter to fit the socket around the Baofeng UV-5 mic and speaker jacks, I cheated:

Un-wearably bad Baofeng headsets now cost just over a buck apiece in lots of five, delivered halfway around the planet, and provide:

The “hook earpiece” seems to have been designed by someone who had read the specs for a human head, but had never actually met a human being.

Then wire it up accordingly: 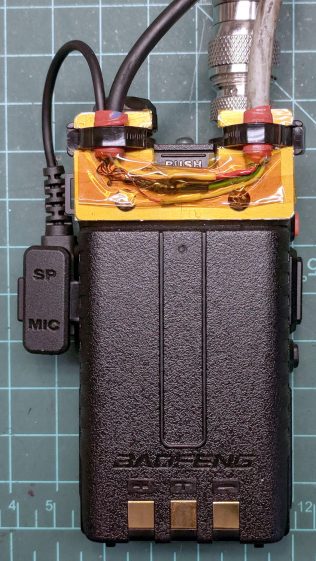 The small heatstink tubing surrounding each connection isn’t easily visible, which, in the case of the ground / common lump, is a Good Thing. I chivied a strip of Kapton under the whole mess, folded it over on top, squished it together, then secured it with 1/4 inch tape extending over the plate edges. The cable ties stick out far enough to keep the joints from rubbing on anything; it’s not built to last for a thousand years, but should let us hear how this lashup works.

Now, to the bikes: 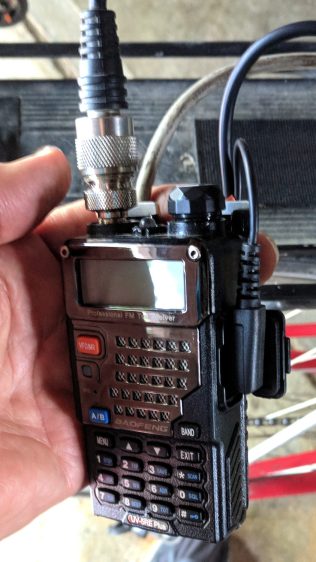 Baofeng headset wire plate – in use