It’s my trusty Park Tool TM-1 Spoke Tension Meter, unchanged since shortly after the turn of the millennium.

For future reference, the rebuilt wheel spoke tensions came out around 25, slightly lower than the 27-ish I measured on Mary’s bike; it didn’t occur to me to measure the tension until after I’d relaxed the spokes. I’ll ride it for a while before doing any tweakage.

The spoke pattern is pretty close to four-cross, due to the large-flange Phil Wood hubs: 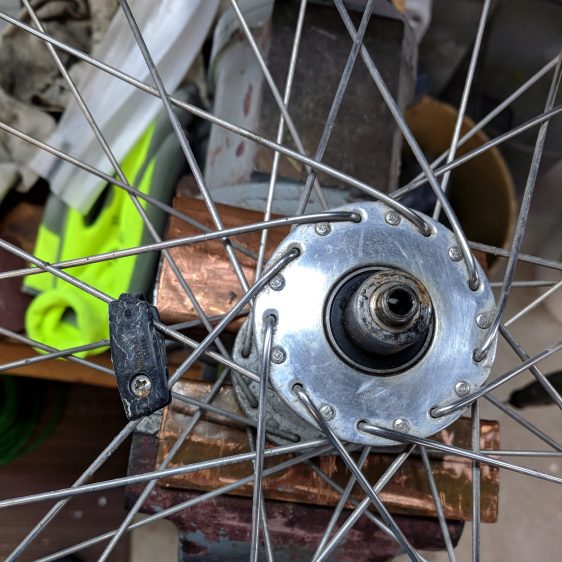 Which makes for a hella-strong wheel, particularly seeing as how it’s very lightly loaded. The Tour Easy we got for our lass came with a radially spoked rim around a Phil hub.