It’s the season for large insects, but this Praying Mantis came as a surprise: 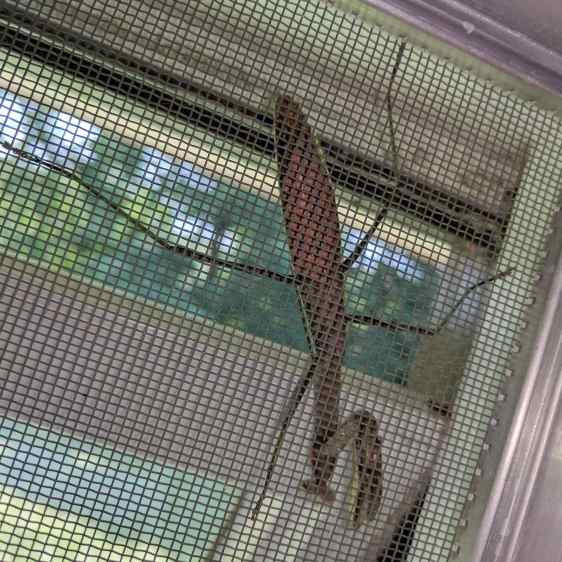 Mary spotted it on the outside of the window screen in the front bathroom. We watched it for ten minutes as it strolled around the screen, all the while keeping at least one compound eye aimed at us.

If humans were half as tall, those things would be terrifying!