The knockoff Neopixel on the 500 W mogul-base bulb failed in the usual way, so I rebuilt it with an SK6812 RGBW LED in a round cap: 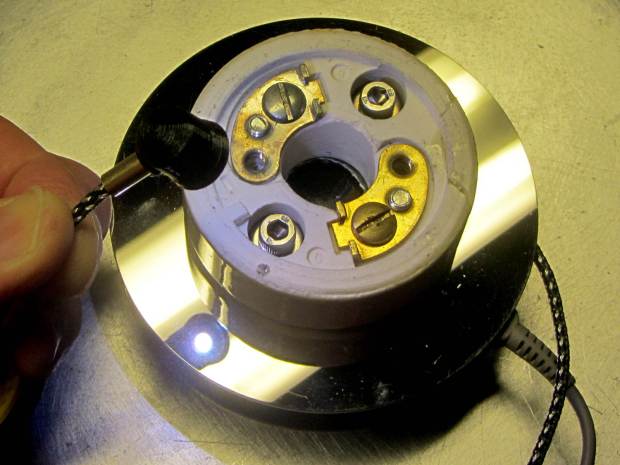 The nice 1-¼ inch stainless socket-head cap screws replace the 1 inch pan-head screws that engaged maybe one thread due to the additional spacer between the USB port and the upper hard drive platter I added for good looks.

I tried a few iterations of an aluminized Mylar (*) disk with various sized pinholes over the RGB trio to crisp up the filament shadow, because the SK6812 LED casts a more diffuse light than the W2812 LEDs: 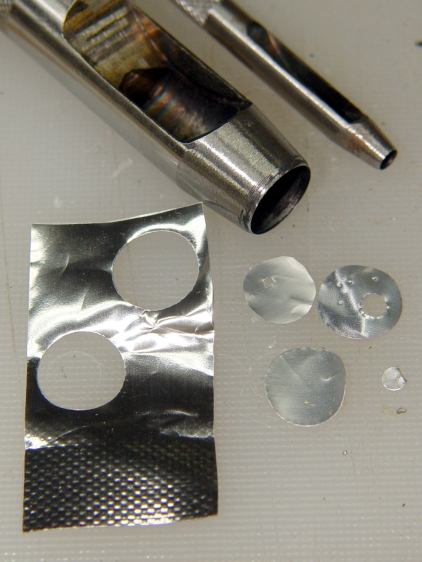 Even the ⅛ inch pinhole made the bulb too dim, so I settled for a fuzzy shadow: 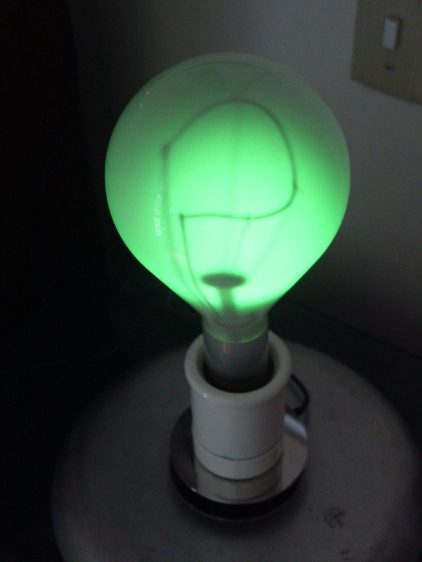 The firmware has a tweak forcing the white LED to PWM=0, because this bulb looks better in saturated colors.